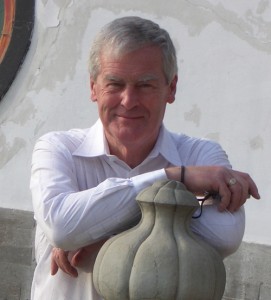 Aldon Ferguson spent his formative years in Freshfield, very close to the southerly boundary of RAF Woodvale. He clearly remembers the early morning take off of the Spitfire from the THUM Flight en route to gather data for the country’s weather forecast and also witnessed the wrecked Spitfire in which PII R A Bailey died in May 1949.

Educated at Merchant Taylors School , Crosby his interest in aviation saw him in both the school CCF (RAF) Section and the Air Training Corps at Woodvale itself.

Desperate to fly in the RAF his short sightedness prevented this career but after a short time in the RAF he tuned to property as a career.

Further education at Liverpool College of Building eventually saw qualification as a Chartered Surveyor. Retaining his military interest he was commissioned in the RAFVR(T) with the ATC at Woodvale.

Working for a Liverpool based company he moved to London in 1976 to run their London office and set up his own Commercial Property practice in 1982 acquiring, disposing, managing, valuing etc properties across the UK .

In 1990 he was asked to sort out some property problems in Moscow for one of the leading firms of accountants. After resolving that problem he opened the first, western run, property consultancy business in Russia since the Revolution, eventually employing 50 staff in Moscow , St Petersburg and Kiev in Ukraine.

Even though away from home for long periods he wrote books on the RAF airfields at Sealand, Shawbury and Woodvale and countless magazine articles on RAF, FAA and USAF bases in the UK. More recently he has undertaken detailed photographic surveys of RAF and USAF airfields as they closed down for an accurate record to be maintained for the future. He sold his Russian business in 1998 and is now a property consultant with an international finance institution continuing to travel across Easter Europe and Central Asia.

Aldon founded the Burtonwood Association in 1986 after writing the first book on the base, currently out of print, to perpetuate the memory of RAF Burtonwood.  He edits and produces the quarterly magazine, Burtonwood Times, and the Association has a Heritage Centre at Burtonwood and holds reunions in both the US and UK.  The Association has over 1,000 members.

He lives in the Thames-side village of Wargrave near Henley with his wife, Sue.

His roots are deep in the  Merseyside area which is where RAF Woodvale and RAF Burtonwood are located and where 611 Squadron was formed, disbanded and then reformed again in March 2013.

Aldon is now working with English Heritage and the Air Historical Branch (RAF) in recording RAF bases before they close making a complete photographic record of them alive and active for the public record.  The first two are available now (RAF Brampton and RAF Waterbeach/Waterbeach Barracks) and many more are in the course of preparation.  They will be advertised on these pages as they become available and include RAF Church Fenton, Bassingbourn, Lyneham, Cottesmore, Sealand, Uxbridge and more.